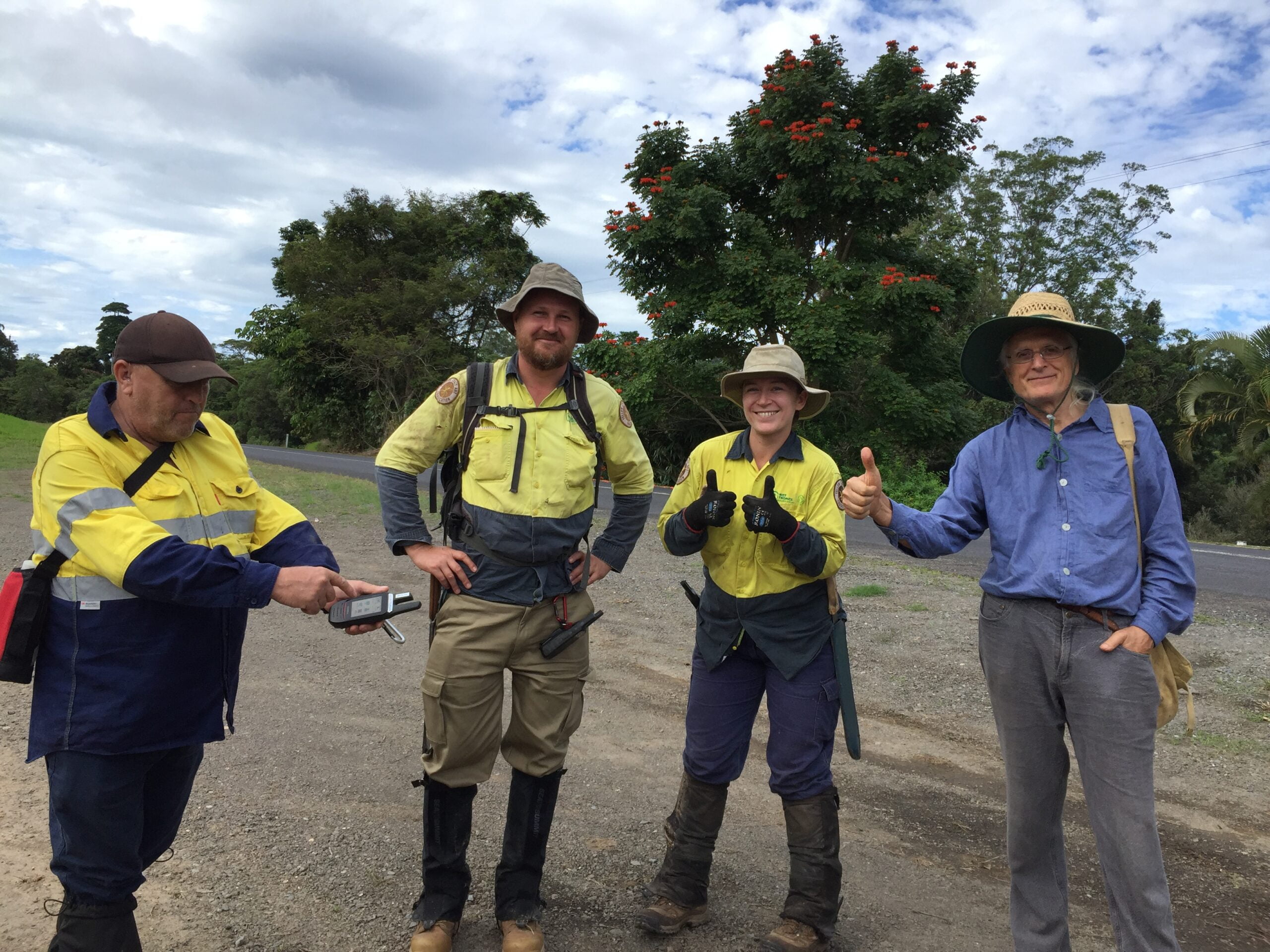 The Taskforce attends the Cassowary Awards

Taskforce volunteers Tim Brown and Nader Peard were nominated at the Wet Tropics Management Authority’s 18th Cassowary Awards on 19 June at TANK 3 in the Cairns Botanic Gardens. It was a prestigious night for recognising locals contributing to the preservation and presentation of the Wet Tropics World Heritage Area.

Tim was nominated for the Peter Hitchcock Community Champion category and Nader Peard for the Young Cassowary Award. Their nominations were in recognition of their passion in protecting the values of the Wet Tropics, particularly the work they do in supporting the eradication of yellow crazy ants from the Wet Tropics World Heritage Area and surrounds.

Congratulations Tim and Nader for your nominations. The Taskforce is extremely proud of you both for your passion to make our region a better place for all.

And congratulations to all the winners from each of the 10 categories. To see the full list of winners, visit www.wettropics.gov.au 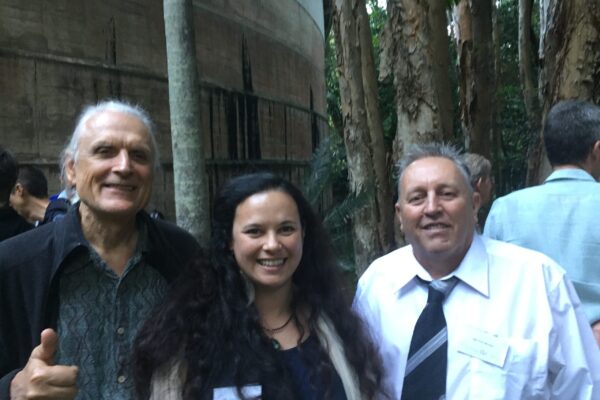 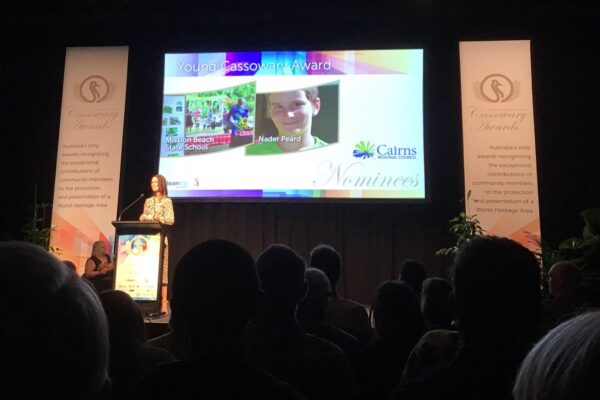 Nader Peard's nomination. Unfortunately, Nader was sick on the night.

Taskforce volunteers went on the hunt for yellow crazy ants and electric ants along the Barron River in Kuranda on Saturday 3 July 2021. The ant hunt was within the known yellow crazy ant infestation area at Russett Park.

The survey used a cat food and jam lure for yellow crazy ants and sausage lure for electric ants.  Lures were placed five metres apart along three transects and were later checked for invasive ants. Suspect ant samples were taken and each survey point was recorded with a GPS.

Six volunteers from Cairns and Kuranda came to help out with the eradication of these invasive ants. The Taskforce started at Kuranda Envirocare nursery where they received training from the Authority’s operations staff in lure surveys, invasive ant recognition, GPS tracking and sampling, before they took to the field for the hunt.

Fortunately, we didn’t detect yellow crazy ants and a preliminary check from the Authority didn’t detect electric ants either. Biosecurity Queensland will confirm the negative detection of the electric ant samples.

Thank you to volunteers Tim, Bernd, Eden, Davini, Sam and Alan for a fun field day and thanks to Jules Seabright and Lucasz Podorgorski from the Authority for leading the Taskforce in the field survey.

In September 2020, Jules Seabright joined the Taskforce as a volunteer. Jules later landed a job with the Authority in February 2021 as a field operations officer for the Yellow Crazy Ant Eradication Program. Since being employed, Jules has been perfecting skills in the field, searching for yellow crazy ants in sugarcane, forested and residential areas.

With our recent field survey searching for invasive ants at Russett Park on 3 July 2021. Jules immediately stepped up, along with Lucasz Podorgorski from the Authority, to lead the Taskforce in the field survey. Jules and Lucasz did a marvellous job and the Taskforce is so proud of how far Jules has come. Jules you are a Taskforce star! 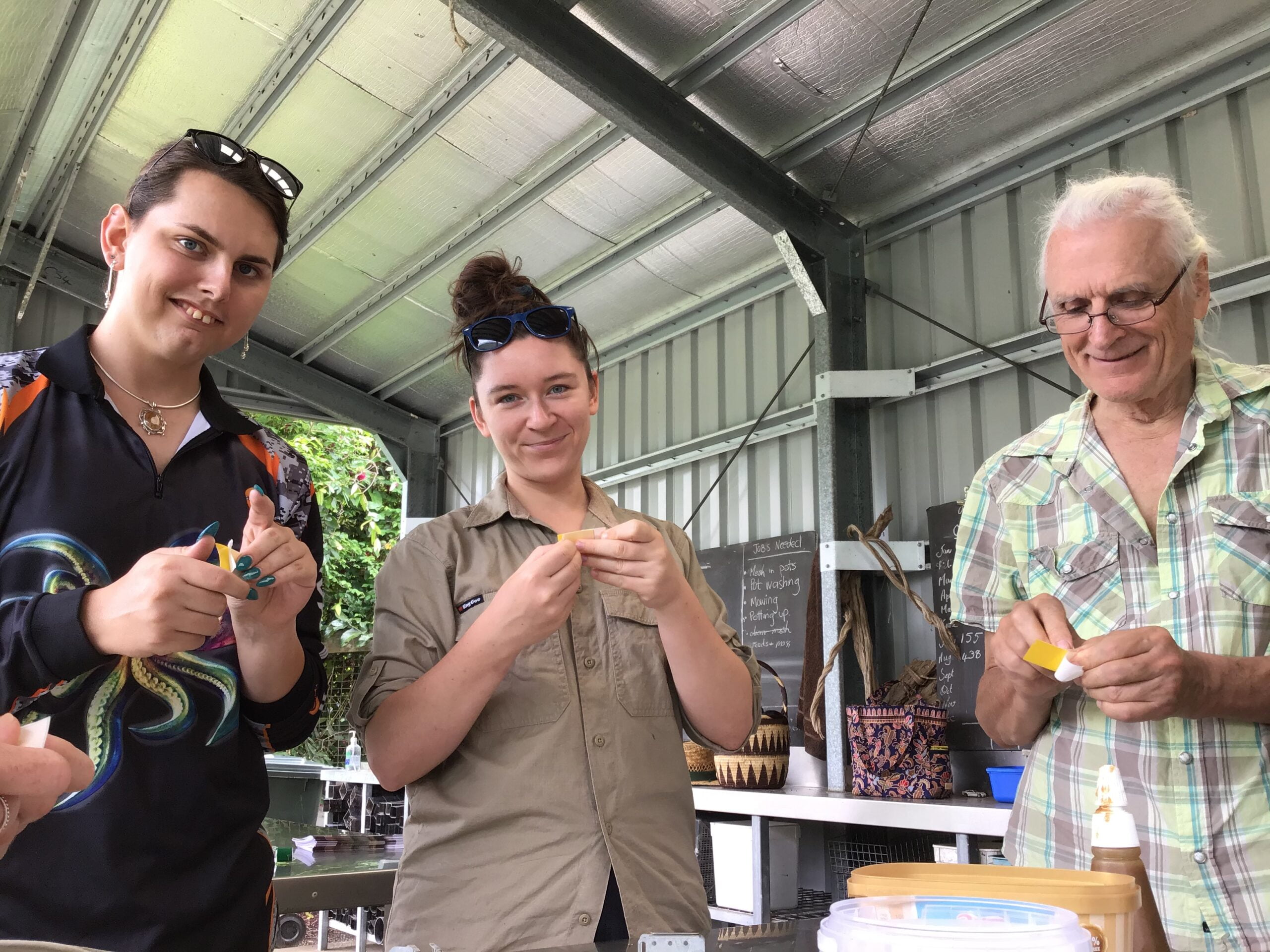 As of 1 July 2021, Mareeba Shire Council is charging residents a $9 fee per trailer or ute load to dispose domestic green waste at the Kuranda waste transfer station. However, residents can dispose their green waste for free three times a year on dates yet to be determined.

We don’t want yellow crazy ants or electric ants to spread due to illegal dumping.

You want to get involved in our awesome events?

The volunteer EXPO celebrates and showcases volunteering in our community. A range of volunteering organisations will be there including our Taskforce. The event is on 25 July 2021 at the TANKS 3 market day between 9:00am and 2:00pm. The Taskforce will have a stall highlighting our volunteer activities and yellow crazy ant awareness.

On a final note, I’ll be on leave between 26 July – 1 August. For those of you who know Sylvia Conway, the previous Taskforce coordinator, she will be returning to the role as coordinator when I go on maternity leave. A handover will happen towards the end of August and September 2021. Thanks for reading!